Cosmetic mole removal is a straight-forward treatment which we offer at Manchester Plastic Surgery. 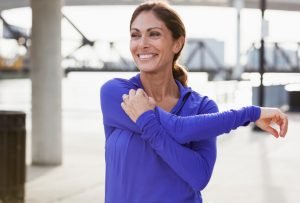 Most people have moles somewhere on their skin which are harmless and nothing to worry about.  They are simply concentrations of pigment-producing cells in your skin and thought in the main to be caused by genetic factors and sun damage.  While most moles form during childhood, it’s common to get new moles when your hormones change, for example during pregnancy or during the menopause.

Moles which change in colour, size or shape could be a sign of skin cancer so we may need to perform a biopsy on any you are concerned about and get them tested, however, if you have moles which are unchanging and not cancerous, but which are bothering you, they can be safely and effectively removed with our cosmetic mole removal treatment.

Cosmetic mole removal is for people who want to get rid of unsightly moles, particularly those on the face or neck which are visible all the time.  This treatment is popular among people who have moles which are causing day-to-day problems – moles which catch on everyday clothing, or moles which are simply irritating.

The first step is to attend an initial consultation with one of our highly experienced plastic surgeons, Mr James Murphy or Mr Adam Goodwin.

Mr Murphy or Mr Goodwin will want to assess the mole/moles you are concerned about and discuss with you the options for treatment. They will talk you through how your surgery will be carried out and provide advice on preparing for your treatment.

This initial assessment is a great opportunity for you to ask questions about any aspect of your treatment so you can decide whether cosmetic mole removal is right for you.  If you are happy to go ahead, we will book a convenient date for your treatment to take place at our state-of-the-art Spire Hospital Manchester.

Our consultant plastic surgeons have many years of experience in removing moles so are well placed to advise you on the best approach.

It is possible to perform cosmetic mole removal under local anaesthetic so the area/areas to be treated will be numbed using a small injection.  The mole is then removed using a scalpel, taking care to remove the whole mole leaving nothing behind to reduce the chances of the mole growing back.  You will then have a few stitches which will disappear after a week or so.  Mole removal takes about 20 minutes per mole.

There is very little you need to do to prepare for your cosmetic mole removal treatment.

It’s a good idea to have a bath or shower before your appointment as you may wish to avoid bathing for a couple of days while your stitches heal.  Wear loose, comfortable clothing which skims rather than clings to the site of the mole.

Because your procedure will be carried out under local anaesthetic you will be fine to drive home afterwards though you may prefer to ask a friend or relative to do the driving so that you can rest straight away.

The treated area may need to be covered for a few hours, but it can then be left to heal.

You may need light pain relief in the immediate aftermath of treatment though most people do not find their skin is particularly sore or uncomfortable.

The stitches will disappear within 7 – 14 days and the area will usually be healed within a fortnight.  It’s best to avoid touching the area and to wear loose clothing which minimises contact with the skin.   You will be offered a follow-up appointment with your surgeon if needed so that we can check all is well with your recovery and answer any additional questions you may have.

Once your skin settles it’s normal for the treated area to be a slightly paler colour though this will become less noticeable over time.